news and insights into our world of biking

Cherril Watkins, WI Adviser and member of Cradley WI, Herefordshire Federation, found a new lease of life by travelling Europe on a motorbike

When I think about it, the fact that I’ve ridden 55,000 miles in four years seems pretty ridiculous. My other half, Dave, drives our Triumph Explorer 1200 motorbike and I sit on the back, very happy to ride pillion. We’ve been to Spain, France, Germany, Austria, Switzerland and all around Britain. I can honestly say I have seen more countries in the last four years than in the previous five.

We used to ride a lot 13 years ago, but it fell by the wayside, and then a little over four years ago I was diagnosed with cancer. It was caught early and I’m all right now, but it changed my attitude to life and I just felt I needed to do something different. Some friends let us take their old bike out for a spin and we ended up riding 400 miles – that’s when we became smitten once again.

My friends think I’m crazy but I love sitting on the back of the bike. It’s the sense of freedom we get – watching the scenery and the clouds, you see everything in more detail. We’ve never fallen off and I’m never scared because I have complete confidence in Dave. But it can get quite daunting sitting next to a huge lorry on a motorway or speeding around the Nürburgring Grand Prix racetrack in Germany.

Presenting a cheque for the Midlands Air Ambulance Charity

I’ll never forget going up the Grossglockner, the highest mountain in Austria – it’s 3,798m above sea level, snow-capped even in summer, and it’s like standing on the top of the world. The roads are full of twists and turns – a biker’s paradise. We have protective gear and heated clothing so we ride in all weathers. Rain doesn’t stop us and I love the different seasons.

In Normandy, I finally saw the Bayeux Tapestry after all those years of learning about it in school. We also visited the battlefields of the Somme for the 100th anniversary of the First World War, which was really thought-provoking.

Even though I’ve been very lucky, I’m acutely aware that time ticks by. In my WI our members have had quite a lot of illness, including cancer, but everybody pulls together because that’s what the WI is about: support and friendship. It’s just the same within the biking community.

Skyrich Powersport Batteries supplies high quality lithium batteries for motorcycles, ATVs, lawn mowers, quads, snow mobiles, scooters and watercraft. As a battery manufacturer we strive for high quality while keeping our costs low. Our staff has over 20 years of industry knowledge and experience. You can be assured that when you purchase a Skyrich battery you get a superior quality battery at an affordable price. Skyrich Battery has continued to elevate our quality and consistency and we are proud to have been chosen as an Official Supplier for Ducati as of 2014. Many visitors to our stand at the MCN Festival of Motorcycling at the East of England Arena and the Carole Nash Eurojumble, Netley Marsh were surprised to feel the weight difference between conventional lead acid and our lithium batteries, you can save kilograms in weight for a minimal extra outlay. 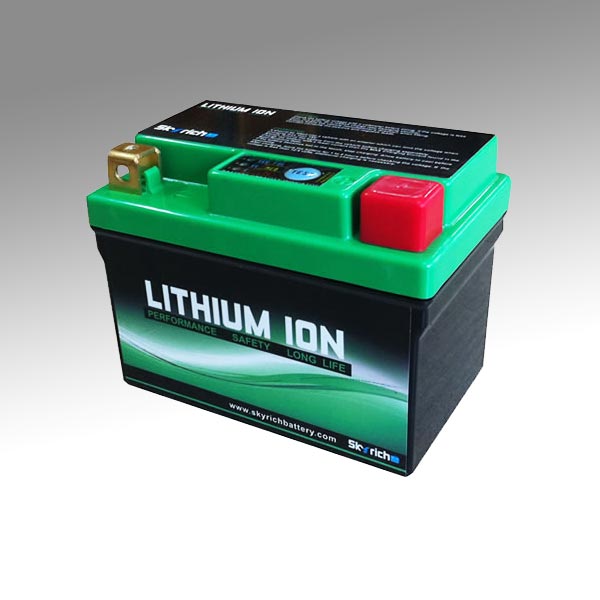 The world's most attractive motorcycles are the result of a deep commitment to racing competitions; they are the purest expression of refined skill, unmistakable design and above all, a great passion for bikes. Ducati is proud to represent Italian industry - the essence of Italian style shows through the design of each bike. Sinuous, seductive and flexible lines with a permanent, timeless quality that sets an unsurpassable standard. Ducati Bikes – in over 60 nations throughout the world these models dominate the dreams of the most ardent motorcycle enthusiasts. 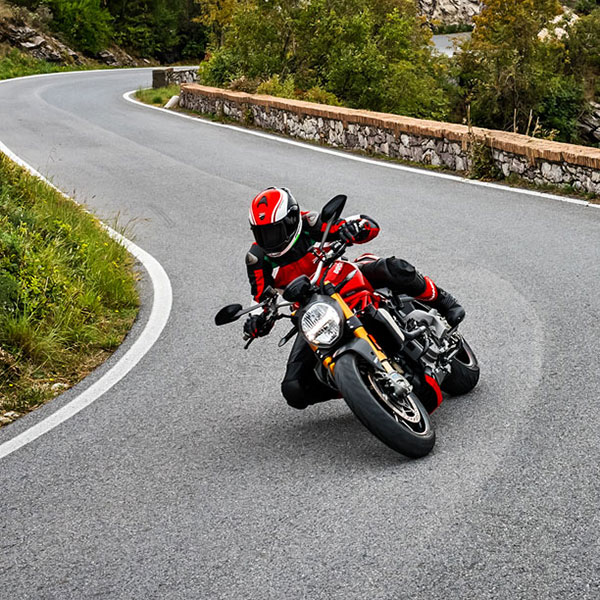 KTM starts into the 2019 MotoGP season with tunnel vision! Miguel Oliveira has opened the Gleinalm Tunnel in Styria with the KTM Factory Racing RC16 GP bike.https://www.youtube.com/watch?v=bO9qpB9XknkThe direct route to the Red Bull Ring is free once again. Oliveira...
Read More

Save £40 for IAM RoadSmart with Triumph

Triumph riders can save £40 off the cost of the IAM RoadSmart Advanced Rider Course, taking the price from £149 to just £109! Totally4bikers were instrumental in the negotiations that instigated this deal. You maybe enthusiastic about riding, enjoy a challenge or...
Read More

totally4bikers “Exceptional Rides” are designed around the demands and needs of Bikers looking for quality and safe Biking Roads taking in places of interest supported by high quality 4-Star Hotel Accommodation and locations. Following the success of our 2017 &...
Read More

Cherril Watkins, WI Adviser and member of Cradley WI, Herefordshire Federation, found a new lease of life by travelling Europe on a motorbikeWhen I think about it, the fact that I’ve ridden 55,000 miles in four years seems pretty ridiculous. My other half, Dave,...
Read More

The very popular, and deservedly so, Garmin Zumo 590 sat nav seems to have an issue with the battery failing after a year or two. This is to the extent that once you remove it from your bike and rely on its on-board power you’re counting down the minutes, or even...
Read More
‘Travelling gives me a sense of freedom’ was last modified: March 9th, 2020 by Chas Wilder

Share This
We use cookies for anonymous statistical analysis and to ensure the best possible user experience. If you continue to use this website we will assume that you agree to their use.AcceptRead more